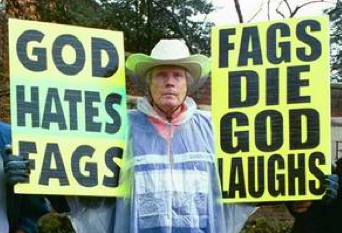 When I think of the word “repent” I see what most of you see, I think.  That is, I see a mean-spirited man yelling at people for being sinner’s (while upholding his own perfection) while holding a large sign saying something like “God hates fags!”  Isn’t this what most of us see when we think it?  This natural bent we have is probably a normal reaction to such horrible street corner preachers, but it’s probably not just that.  You see when someone tells us to repent we automatically have an inward knee-jerk reaction to someone else telling us what to do.  We do what we do because we want to, and no one likes someone else getting all up in your face screaming at them to “change.”  But there is a problem with this knee-jerk reaction of ours, Jesus demands we repent.

Matthew 4:17 says, “From that time Jesus began to preach saying, ‘Repent, for the kingdom of heaven is at hand.'”

Jesus demands we repent?  Yes.  Plain and simple, Jesus is telling the world to change.  Does this bother you?  To the extent that it does, to that extent, you are rebellious to God and in need of a 180.  You see, that’s just what repentance is, a 180, an about turn, stopping to go in the direction you were going away from.  If the clock is wrong, don’t we change it?  If three people are heading in different directions and two of them realize they are going in the wrong direction, do we not think the smartest man is the one who turns around to go where he ought to rather than remaining on the errant course?  Jesus Christ came into the world, began preaching, and the very first thing He calls humanity to is an about turn, a 180, to repent.

You know what this means?  He must desire a different end for humanity than humanity has created itself.  And that’s just what it is, and what most people miss, I think, about repentance.  Jesus is not just calling us to stop and turn around by calling us repent.  He is calling us to go, to walk, to pursue, to chase down a new goal, a new desire, a new direction.  What is this direction?  2 Corinthians 7:10 tells us, “For godly grief produces a repentance that leads to salvation without regret, whereas worldly grief produces death.”  This new direction Jesus is demanding and calling the world to go in is a direction toward salvation and away from death.

Rather than thinking of a mean man holding the “God hates fags” sign when thinking of repentance, we ought to think of Jesus, lovingly calling us out of death into life.  Out of darkness and into light.  Out of sin and into holiness.  Out of ourselves and into Him.  He is God, He knows best what we need and if He becomes a man and walks among us teaching and preaching saying things like “Repent for the Kingdom of God is near” don’t you think we’d do well to listen?  Kinda seems arrogant not to do what Jesus call us to doesn’t it?

Whoever you are, wherever you are, Jesus is right now calling you repent and pursue a new direction with all of your heart.  Don’t be afraid, chase Him down, you’ll find Him.  And when you do, you’ll agree with Him that repentance is always a good thing.