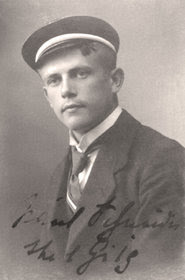 It is likely true that most of you have never heard of Paul Schneider, what he lived for, or what he died for.  This is a story you need to know.  Why?  Because Church history is filled with heroic men and women who stood for the Truth in cultural climates where they knew such a stance would cost them their lives.  Schneider stood for Biblical Truth during the Nazi regime and it cost him his life.  His story is below, I first saw it on the Christian History Institute website:

Paul Schneider was the first Protestant pastor murdered by the Nazis. Wounded in World War I, he stayed in the German army until 1918. Afterward, he drifted into liberalism, but evangelical Lutherans drew him back to Christ. He became a pastor, teaching the Bible and covenantal theology. After the Nazis took power, he refused communion to any “Christian” who showed up only on religious holidays but neglected church life. On January 28, 1934 Schneider preached a sermon urging the church to awaken and pointing out the mistaken religious theories of Nazism. His arrest came when he commenced an action of church discipline against a Nazi sympathizer who had withdrawn his son from catechism and enrolled him in a Nazi school. The SS tortured him mercilessly. One hundred and seventy pastors marched at his funeral and a Catholic priest joined the procession as it passed his church.

Here is a quote from Schneider: “To be sure, many still sleep…they simply want to accommodate themselves to the church regardless of the practice of the ‘German Christians.’ They must undergird this practice with false teaching: that the foundation of the Church is not the Gospel, the joyful offer of Jesus Christ, the healer of sinners, and the Kingdom of God alone, but rather nationality and the Gospel. Whenever they place blood and race and the history of the people as a source of revelation next to God’s Word…then in truth they fall away from the living God and His Christ…”