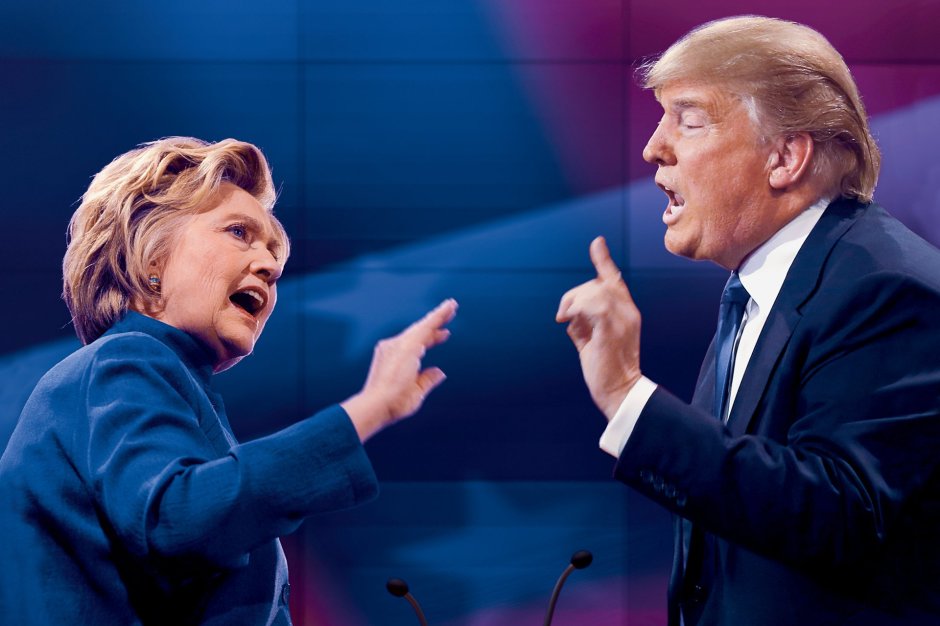 When it comes to watching the debate tonight there are many things to keep in mind. There are a lot of people who don’t want to vote for Donald Trump, but there are still a lot of people who highly doubt they can even trust Hillary Clinton, so she’s going to try to prove her credibility. As for Donald Trump there are a lot of people who think he’s completely un-Presidential, so he’s going to try to show his readiness for such a task. We should be paying attention to these things. See how they respond to questions and to one another. But, before we get lost in the political maneuvering and all that we need to remember about tonight, as Christians, we cannot forget 1 Peter 2:11-17.

Peter is writing to Christians living in Asia Minor who are beginning to suffer for their faith. In the first verse of his letter he calls them ‘elect exiles of the dispersion.’ This dispersion or ‘diaspora’ is a term used to describe believers who were scattered abroad due to persecution. That he calls them ‘elect exiles’ reminds his audience of two things. First, that he calls them ‘elect’ reminds them of God’s predestining love and His election of them to salvation through Christ. Because God sovereignly saved them they would have been encouraged to remember that God can sovereignly keep them in the midst of suffering and difficulty as well. Second, that he calls them the ‘elect exiles’ reminds them that because of their faith in the risen Christ they are truly exiles, aliens, and sojourners in this present world. They do live in the world but this world isn’t their true home. They’re to be looking ahead to the heavenly country whose Maker and Builder is God where their citizenship truly is.

These two things were meant to be encouragements to this group of suffering Christians Peter is writing to, and today these same two things are meant to be encouragements to any Christian in difficulty or suffering. We have been sovereignly elected by God from before the foundation of the world, we have been ransomed by the blood of Christ which is more valuable than silver or gold, and because of these things Peter reminds us that we have an inheritance that is ‘imperishable, undefiled, and unfading, kept in heaven for us.’ So for the Christian, at all times and especially in times of suffering, we must remember that the best is always yet to come. This raises a question: in the meantime while we’re doing life as exiles and aliens here, how are we to live? Peter begins answering that question for us in chapter 2 by calling us in 2:1 to ‘grow up into salvation.’ It’s a call toward maturity and away from immature faith. Well how do we do that? How do we mature or grow up into salvation? Our passage this morning tells us.

v11-17 answers our question about how to do life here while we’re passing through as exiles waiting to be in glory by bringing up the Christian’s conduct. v11 calls us to abstain from the things called ‘passions of the flesh’ or in other words those things ‘which wage war against your soul.’ The word abstain doesn’t just mean do ‘not do’ but ‘keep a far distance from.’ Just as a traveler doesn’t embrace the customs of the nation he’s traveling through, Christians as exiles here in this world aren’t to embrace the customs of this world. Even more, the customs and natural ways of this world wage war against our souls, which is more reason to abstain from them. The word flesh here doesn’t mean physical or bodily. ‘Flesh’ means the old sinful nature that is within us…always luring us away from God and seeking to enslave us to sin. v12a brings this same thought a bit further by extending our inner struggle against fleshly passions to a public setting. We’re to keep our conduct ‘honorable’ or good, excellent, and upright before the Gentiles, basically before the watching world. So taking v11 and v12 together the meaning is that the inner life of a Christian abstaining from fleshly lusts leads to an honorable public life from the Christian. So if you’re doing v11 and you really are abstaining from sinful lusts you’ll at the same time be living an honorable life before the world as v12 calls for. And the opposite is also true. If you’re not doing v11 and you’re not abstaining from sinful lusts inwardly you at the same time won’t be living an honorable life before the world as v12 calls for.

Peter doesn’t stop here, he continues. Did you notice the reason why Peter wants us to live such an honorable life in v12b? “…so that when they speak against you as evildoers, they may see your good deeds and glorify God on the day of visitation.” What? This should be strange to you. We’re accustomed to thinking that an honorable life would be seen as honorable, but in v12b Peter says the honorable life of a Christian will cause the lost world around you to think you’re an evildoer even though they can recognize your own good deeds. Notice it doesn’t say ‘if’ they speak against you, it says ‘when’ they speak against you. This is a promise. An honorable life before God will lead to being dishonored before men. Remember what Paul told Timothy in 2 Tim. 3:12? ‘All those who desire to live godly in Christ Jesus will be persecuted.” Does that seem odd? That the world would recognize good deeds yet still conclude us to be evildoers? Sin never does make sense does it? But even when the world labels us as an evildoer, the reason we want to be honorable is that the world would see our good deeds and glorify Christ at His 2nd Coming.

This is the principle at work here: we don’t need our own good works to be saved. We’re saved not by our own works, not even by the most righteous of our own works, but by the fully sufficient work of Christ in behalf of sinners like you and me. We praise God for the work of His Son because Jesus took the punishment for us and became man so that men could become sons of God. All of this leads to something within the heart and life of the Christian. Redemption doesn’t stay stagnant within us, no, it’s always moving deeper in and further out. Once Christ’s fully sufficient work has saved us, His work within us by His Spirit produces good works in us. Thus, a true understanding of God’s grace to us in Christ leads to holy living. These good works are cultivated in us by God inwardly (through enabling us to abstain from fleshly lusts and passions and live honorably before the world) and then those good works are put on display publicly by God so that the world sees them and glorifies God.

So here is the principle Peter has set up for us to see: God doesn’t need our good works, but who does? Our neighbor does. Because it’s by seeing our good works that our neighbors will glorify God.

Now comes the question that flows from this: what kind of good works does Peter have in mind? From chapter 2:13 to the end of his letter he mentions many kinds of good works we can and ought to engage in, and all of these are good works our neighbors can witness for themselves.

But what is the first good work Peter mentions?

What is the first good work that our neighbors are to see in our lives so that they would glorify God?

v13-17 gives it to us – our submission to governing authorities.

“Be subject for the Lord’s sake to every human institution, whether it be to the emperor as supreme, or to governors sent by him to punish those who do evil and to praise those who do good. For this is the will of God, that by doing good you should put to silence the ignorance of foolish people. Live as people who are free, not using your freedom as a cover-up for evil, but living as servants of God. Honor everyone. Love the brotherhood. Fear God. Honor the emperor.”

Peter calls us back to what is really important for the Christian as we watch the debate unfold tonight. For the Lord’s sake, we serve our neighbors by submitting to our governing authorities….when we do this our neighbors see the glory of God.