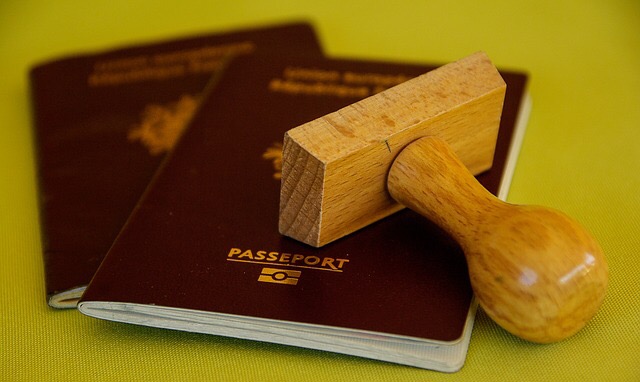 For many of you, this will be an introduction to who I am. Briefly, I’m a wife and mother, and our family is in transition from a life in North America to being missionaries in a small country in South America.

My husband and I are in what’s called “Ministry and Partnership Development” (MPD) or more commonly known as raising support. We are working toward leaving for our first term to Paraguay and to be honest, it has been a frustrating and lonely time, filled with unknowns. It has been challenging for us to explain to current and future supporters why we’re still here, as well as trying to articulate what we’re “doing” as we work through various delays and  wait for the green light to go to Paraguay.

The latest delay for us has come as a complete surprise to me. You see, I’m a Canadian and I’ve been living in the United States with a green card for quite some time. Twenty one years to be exact. I have been content with living here under that status, and have never felt the need or urge to become an American. While I enjoy living here in the US, I am staunchly and vigorously a proud and patriotic Canadian. I mean, what’s not to love about Canada?

But late last year, it was brought to our attention that my status here might be problematic to us living overseas for an extended period of time. Without going into all the details, we have come to the decision that I should become an American citizen. And since green card holders have been in the news lately, due to our current administration, I’ve been thinking a lot about citizenship vs. being just a green card holder.

In Philippians 2, the apostle Paul shares with his readers a list of accomplishments and reasons why he might be able to boast about who he is. But then he reveals that he counts it all as rubbish and as loss, compared to the surpassing worth of knowing Christ. A little later in the chapter he mentions our true citizenship is in heaven. In Ephesians he talks about unbelievers being aliens and strangers but when they become believers, they are now “fellow citizens with the saints and members of the household of God.”

Potentially losing citizenship of my home country and becoming a citizen of another country has made me think more about my heavenly citizenship. You see, as a green card holder, I enjoy all the rights and freedoms that a citizen has, such as freedom of speech, religion, assembly, etc. But I cannot participate in the responsibilities that a citizen has such as vote or serve on a jury. My green card limits me. Yet I’m reluctant to give up my citizenship, because I love my country and my heritage. I don’t want to give it up. It means a very great deal to me.

Here’s what I’m getting at: there are many in America and Canada who attend church regularly, and think they are “citizens.” They enjoy the weekly meetings, fellowship with other believers, hearing preaching from the Word, and joining in singing with the congregation. But in reality, they are only “green card holders.” They have never repented of their sin, and looked to the One who can give them true citizenship. And frankly, they don’t want to give up their earthly citizenship. It means a very great deal to them.

So, where does that leave me and where does this leave you? How should Jesus inform our minds and hearts to the earthly situation of citizenship? How does the Gospel speak to this scenario?

Well, Jesus Himself was once a full “citizen” as it were, of Heaven. He enjoyed a perfect home and culture within the Trinity, and they lacked nothing. But here on earth we were a mess, and in desperate need of a Saviour. So Jesus left His perfect home and came to earth as a baby, becoming a citizen of earth, having earthly parents and learning a culture and language. In time He grew, and through His perfect obedience to His Heavenly Father, sacrificed Himself on the cross for the sins of mankind, “bringing many sons to glory.”

So, look “…to Jesus, the Founder and Perfector of our faith, who for the joy set before Him endured the cross, despising the shame, and is seated at the right hand of the throne of God.” Christ’s perfect obedience informs me that I too can give up my earthly citizenship. In order to be free to serve in Paraguay, its better for me to give up citizenship of one country (although in my heart I will ALWAYS be Canadian) and become a citizen of another. And I can also say that for the joy set before me of seeing many come to a saving knowledge of what Christ’s perfect obedience has accomplished for us, not only in the USA but of course also in Paraguay.

I want to be able to say with Paul that “whatever gain I had, I counted as loss for the sake of Christ.” I want any gains I may have been given in life to count as nothing for the surpassing worth of knowing Christ Jesus my Lord. I want to joyfully sacrifice my citizenship of one country for another. And even though it feels like a trial as we are delayed from heading to the mission field, I want to also count that as joy. “Count the cost, count it well. Then pay it with joy. Because Jesus is worth it.” (Joe Cannon)

Join me in such an endeavor.