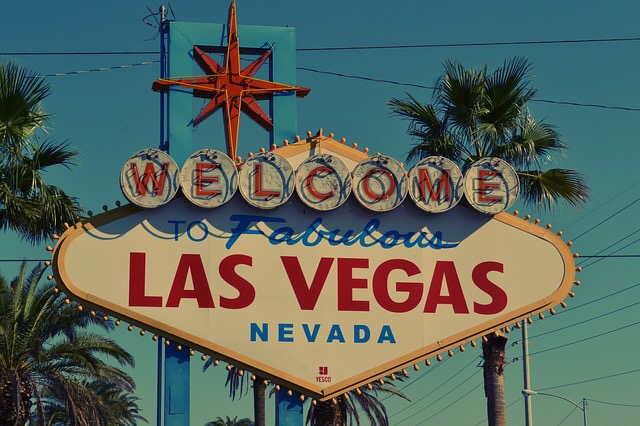 On Sunday night, the most deadly shooting in American history by a single gunman occurred in Las Vegas, Nevada. As of now, the death toll is nearing 60, with over 500 others injured. Before I begin addressing this tragedy from God’s Word, I must share that our prayers are with those affected by this horrific event. God’s grace be with you all.

The question on many people’s minds after Sunday night’s shooting is, “Why?”

Scripture warns us against putting our own interpretation on tragic events like this and attempting to fill in the blanks that only God knows. But Scripture does not leave us totally in the dark during times like this. While we may never have Christ’s perfect knowledge and know the infinite number of reasons any one event occurs, we can have a biblical worldview with which to make sense of these things.

Why would someone commit such acts of evil?

One of the first things investigators delve into after a shooting tragedy is the issue of the gunman’s motive. Ironically, we cannot even discern at times the motives for why we do the things we do, let alone someone else. The world is full of people who often do the right things for the wrong reasons.

Yet Scripture does tell us that our sinful actions stem from a sinful nature. James says it this way: “What causes quarrels and what causes fights among you? Is it not this, that your passions are at war within you?” (James 4:1). Scripture doesn’t even stop at that, but gives us a deeper reason into the insanity of our own sinful actions. This sin nature, which we have from birth, is an inherited one. Adam and Eve freely chose to doubt God’s goodness in the garden and believe the lie of the devil over the truth of God’s Word. God’s just curse on His good creation would touch every facet of life, from the microscopic viruses that attack us, to the life destroying storms of nature, to the ferocity of wild animals, even down to the twisted cravings that cause a toddler to yell, “Mine!”

I’ve heard it put this way: “We are not sinners because we sin. We sin because we are sinners.” Yet we can in no way blame God for our sinful desires anymore than a child can blame his parents for leaving the cookies out on the table and making him eat them. James says elsewhere, “Let no one say when he is tempted, “I am being tempted by God,” for God cannot be tempted with evil, and he Himself tempts no one” (James 1:13). Were there no God to stop us, there would be no limit to the evil our hearts could create. This is why it was good for God to interrupt the plans of the people building the Tower of Babel, and this is why it is good God has given us the common grace of conscience, law enforcement, and fellow citizens who know some things are truly evil and aim to stop them.

Why would God allow such evil to occur?

Jesus basically says what we should take away from tragic events such as this is the awareness that our lives are a vapor, we will soon face God’s judgment, and therefore we must repent before our lives are cut short. It is not our place to draw false assumptions. It is our place to pray and check our spiritual pulse to make sure we’re ready to stand before God’s judgment throne.

Someone once said, “If God is God, He can’t be good and if God is good, He can’t be God.” But this leaves the definition of “good” in the creature’s hands instead of in God’s. The presence of evil does not negate the presence of God or prove God’s guilt. Rather, the presence of evil exposes our belief in ultimate “right” and “wrong”, in something called justice and righteousness, and clues us into the fact that God’s “ways are higher than our ways and His thoughts than our thoughts” (Isaiah 55:8-9). Or listen to the way the psalmist lays it out: “Why should the nations say, “Where is their God?” Our God is in the heavens; he does all that he pleases” (Psalm 115:3). We cannot know why God allows evil, but we can know that God does all things for the glory and honor of His name. In the midst of the plagues God sent on Egypt, He told the evil Pharoah, “But for this purpose I have raised you up, to show you my power, so that my name may be proclaimed in all the earth” (Exodus 9:16). Even Satan himself is just another creature which God will bring into judgment. Martin Luther once said, “The devil is God’s devil” and another quote attributed to him has him say, “Satan is on a leash, whose length is determined by God.” This should reassure us all that no evil will finally stand a chance to God’s righteous wrath.

Why didn’t we see this coming?

The Las Vegas gunman’s brother was reported as saying, he never saw this coming. He said his brother had no history of mental illness whatsoever and said it was like an asteroid that came out of nowhere.

We cannot see the depths of evil that lie deep in our hearts sometimes until they are exposed by our sinful actions. Everyone of us have been surprised by our own evil choices at times. We think or say or do something that shocks even us, and all we can do is honestly repent before God and those we’ve offended. For those who resist the guide of their conscience continually, it becomes incapable of pricking and is so hardened that more intensified acts of evil carry less and less guilt (1 Tim. 4:2). Serial killer Ted Bundy confessed this of himself when interviewed about his actions. Bundy said his sinful trajectory began with lust, was fed by more and more aggressive pornography, and eventually led him to feel little guilt over the horrible murders of his victims. There are many more evil perpetrators out there who have yet to act out their intentions. We may never see them before it is too late, for they look just like us. As we look ourselves in the mirror, we must not think to highly of our own goodness to think we’re beyond evil ourselves.

What hope is there for our broken world?

Thankfully God has inserted Himself into the picture. Astoundingly God didn’t come here and remain untouched by our evil. He didn’t create a bubble around Himself and come to teach a bunch of pithy platitudes. He personally allowed the evil and brokenness of this world to kiss Him in the face as it were. To punch Him in the face. To spit on Him. To mock Him. To beat Him to a bloody pulp. And to pin His naked body to a cross. Jesus asked, “Why?” from the cross, though He knew the answer. God was punishing our sins on His own beloved Son so that all who turn in faith to Him can have life. At the resurrection, the work of Christ was proven successful and His victory over the grave was obvious. But the gospel isn’t just about our personal beliefs. It is also about cosmic redemption (Romans 8:19-25). By taking the curse on Himself, Jesus was reversing the curse and promised that this ultimate reversal would come at His return (Gal. 3:13). All the marred results of life in this world will be burned away when Jesus returns and the creation will once again sing and dance before Him (Isaiah 55:12). After the consummation, there will be no more hurricanes or hospitals, no more shootings or shots, no more wars or wild animals. All will once again be at peace. Christ’s church must continually say, “Come, Lord Jesus!” But for those who aren’t ready for His return, this is a call for repentance and faith in Christ.

One day, we will all know the answer to the question, “Why?”, but until then, we must only remember who is truly in control of this chaos.