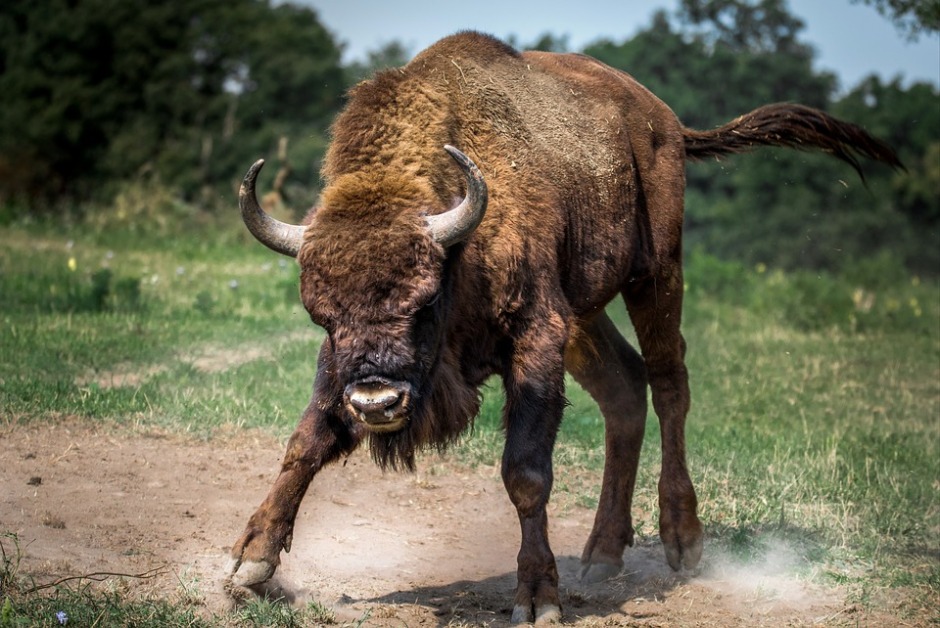 They had asked for a clear reply from Jesus, and as they pick up stones to end His life in John 10:31, it seems that Jesus’ words were a bit too clear for their liking.[i]

In the midst of their fury do not miss the calm courage of Christ as He stands firm though surrounded by these violent wolves.[ii] As they pick up stones the conversation continues in v32-33, “Jesus answered them, ‘I have shown you many good works from the Father, for which of them are you going to stone Me?’ The Jews answered him, ‘It is not for a good work that we are going to stone You but for blasphemy, because you, being a man, make yourself God.’”

Jesus asked which of His works stirred them to such violence. They answer that none of His works have prompted them to this and that they are stoning Him for making Himself God. Well, we ought to ask, ‘How did He make Himself out to be God?’ Answer, ‘His works!’ So though they say it wasn’t any of His works that moved them to pick up stones, it was really His works coupled with His Words that was just too much for them to bear. Now, Leviticus 24:16 does indeed say the penalty for blasphemy is stoning, but it also says that the execution can only be carried out after a trial had been done and the evidence was plain for all to see. Skipping the process of law and disregarding God’s ways these Pharisee’s intended to take the Law of God into their own hands and be judge, jury, and executioner.[iii]

Jesus again answered them in v34-36 saying, “Is it not written in your Law, ‘I said, you are gods’? If he called them gods to whom the word of God came—and Scripture cannot be broken—do you say of him whom the Father consecrated and sent into the world, ‘You are blaspheming,’ because I said, ‘I am the Son of God’?” This reply is a bit technical, some have said Jesus is scared pointing to some kind of Jewish loophole so they wouldn’t stone Him. Wrong. Jesus is saying, ‘Don’t you remember Psalm 82:6 when human rulers are referred to as ‘gods’ and ‘sons of the Most High’? No one picked up stones and tried to kill them? Why then are seeking to kill Me for saying ‘I am the Son of God?’’ By making an argument like this Jesus isn’t saying that He is like these mere humans called gods in Psalm 82:6, no. He is saying that if it was ok for these men to be called gods and sons of the Most High back then, how much more appropriate is it for Him who is one with the Father to be called the Son of God? More so, Jesus isn’t pulling this stuff out of the air, or making it up, He’s speaking about what Scripture says. Even when it is inconvenient to believe, we must submit to it, for the “Scripture cannot be broken.” Even more so, He had surprised them before with a lofty statement of unity and divinity, now He turns the tables again and surprises them with His own accusation of blasphemy. ‘You think it’s blasphemy for Me to say things like this? I am the true sent One from the Father, so for you to deny such reality is an even larger blasphemy.’[v]

Why are they the ones really blaspheming? v37-38, “If I am not doing the works of My Father, then do not believe Me; but if I do them, even though you do not believe Me, believe the works, that you may know and understand that the Father is in Me and I am in the Father.” Or in other words, ‘If I am not truly doing supernatural works, you shouldn’t believe Me. But I am doing them, and you cannot avoid how supernatural they are. Don’t begin with Me, begin with My works. They will clearly show you that I and the Father are one.’ As with Moses, with Elijah, and even with the Apostolic era…we see here again with Jesus. Jesus performs miracles, signs, and wonders not to wow people as if He were just putting on a show or to prove that the supernatural really exists, no. Miracles were proof, validating evidence that He was who He said He was.

But as we read v39 and see yet another attempt to seize Him, we’re reminded that regardless what miraculous things take place, the blind don’t see Christ’s beauty, those dead in sin don’t see Christ’s divinity, and those who are not sheep do not know the voice of the Shepherd.