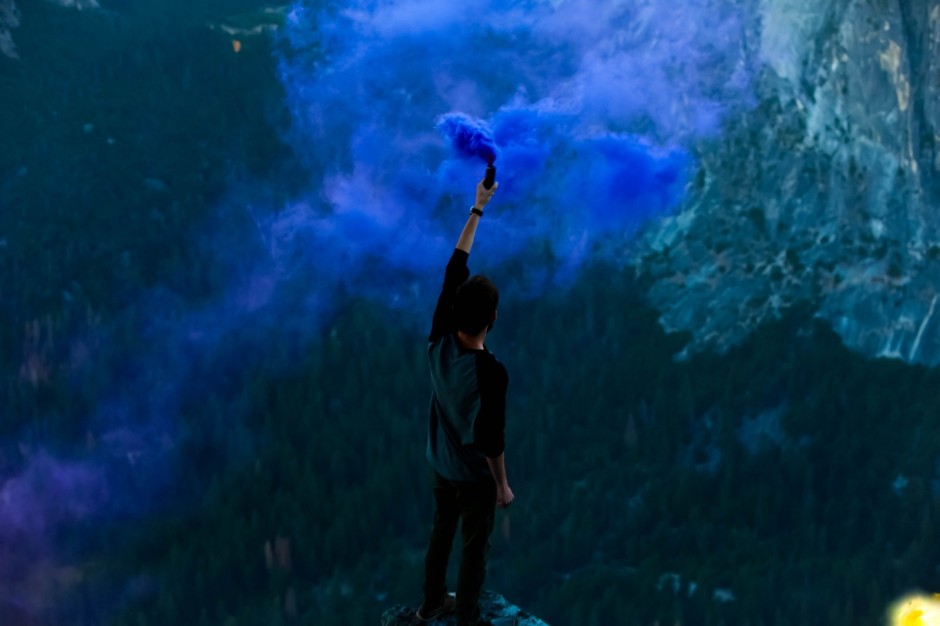 In the recent weeks our church has begun a series, both in morning worship and in our weekly groups, talking about the reality of God’s holiness and our response to it. Each week building on the Idea that as we see God in his full splendor and majesty we being to see ourselves for who we truly are as sinners in need of a savior, while simultaneously seeing His majestic holiness as a gifted that transforms us as sinners into saints. God’s holiness is both extremely terrifying and yet extremely comforting.

This past week we kicked everything off by looking at the first half of Isaiah 6. Where Isaiah comes face to face with the living God and is overcome by his own sinfulness in the presences of God. Yet as the opening 7 verses concludes we see God sending forth an angel to heal and redeem Isaiah, cleansing his lips of all unrighteousness and atoning for him. This is an amazing picture of the work of God for Isaiah; one he did not deserve, but was freely given through the grace of God, and it is in light of this amazing encounter that the rest of the chapter concludes.

In the midst of being cleansed from his sins God calls out who will go to His people and declare His great name. Who will declare the great name of the Lord, and Isaiah is immediately overcome with a sense that it must be him. He is the one who will go because he has been cleansed of His iniquity; he has been freed by the holiness of God to be remade. This new and remade Isaiah has experienced something that he knows must be spoken about, it must be taken to the people that they too may know the great and glorious nature of God who saves.

When we look at verse 8 we hopefully should be able in that moment to see ourselves standing before God who saved us, standing in the presence of our Lord Jesus Christ who set us free from sin and death, not simply atoning for our sins with a coal but with his own shed blood. He paid the price for our sins and in doing so He not only revealed his holiness to us but bestowed it on us. We have experienced far more than even Isaiah, while he saw the holiness of God; we have been given that Holiness. It is why He can so confidently and boldly call us in the book of Matthew to go to the ends of the earth teaching and making disciples, because it is His power and authority that sustains us and goes before us.

Now before we get too far ahead of ourselves I want to highlight one other aspect of what God had called Isaiah to do. We love verse 8 for it is a call to missions and the call of God. Of course I’ll go, give me the chance I want to see soul’s transformed just like He has transformed mine. However, what we see in the commissioning of Isaiah is not one of joyous victory and big tent revivals where the masses will come to faith. He is not commissioned to be the light that brings forth a might movement of the spirit to save souls. Rather as the text concludes he is sent out to tell of the holiness and grandeur of God to deaf ears and blinded eyes, who rather than rejoicing in the gift of God will spurn it and reject Isaiah and God.

And he said, “Go, and say to this people:

“ ‘Keep on hearing, but do not understand;

keep on seeing, but do not perceive.’

Make the heart of this people dull,

and their ears heavy,

and blind their eyes;

lest they see with their eyes,

and hear with their ears,

and understand with their hearts,

and turn and be healed.”

and houses without people,

and the land is a desolate waste,

and the Lord removes people far away,

and the forsaken places are many in the midst of the land.

And though a tenth remain in it,

it will be burned again,

when it is felled.”

I think based on how the remainder of the book plays out Isaiah wouldn’t have changed a thing. He experienced the holiness and salvation of God. God whose majesty and glory overwhelmed him, who stripped him of his very being, and yet called him and saved him. He transformed him. Isaiah knew his life was not his own nor was his mission. It was not his job to change lives, for he could not even change his own. It was the work of God to bring sight out of blindness. It was the job of His servant who had been changed to do His will.

We again have experienced the reality of God’s grace and holiness, and the call and message remains the same. We don’t know the hearts of those we go to tell the good news, but we know the God we serve. We know that God’s word does not return void, and should we suffer for the message we preach we share in the suffering of the prophets and Christ himself. We preach an unashamed Gospel and should be sustained in doing so by the reality of God who has changes us and sent us out.