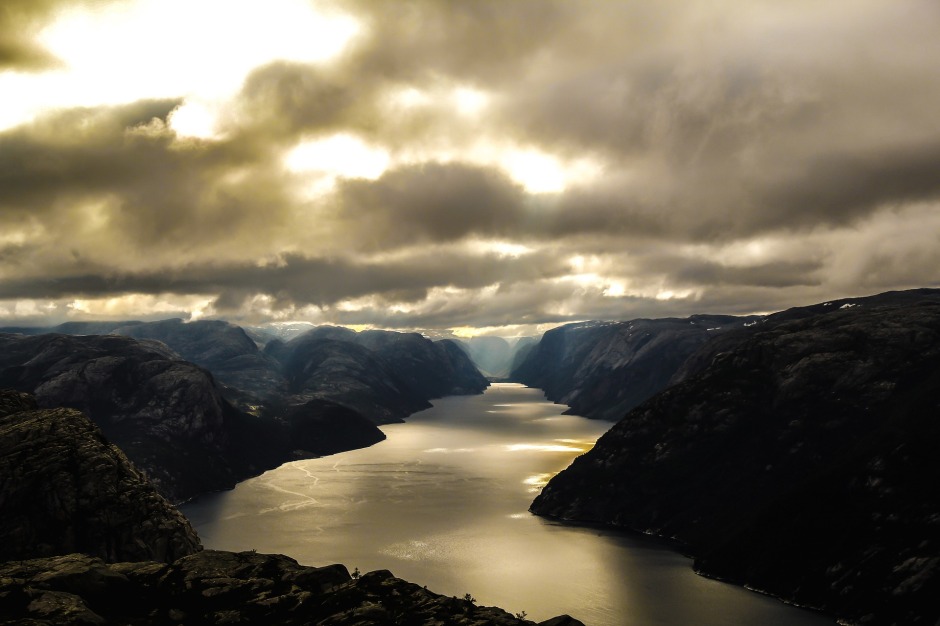 One year ago this week I posted a blog on the Meaning of an Ending. In it I reflected on the last day of Moses leading the people towards the promise land but being restricted by God from entering the land himself. This post was a reflection not only on my New Year’s Eve sermon but also on that previous Sunday where I announced that I would no longer be pursuing the Pastorate of the church where I had served as interim pastor for the previous 2 years and where I had start ministry several years before that. 3 months later on April 28th I would say good bye to that wonderful congregation and begin a new journey at a new church with new responsibilities; leaving the weekly preaching behind to focus on handling the day to day organization and administration of another local body. The final Sunday of 2018 was the first time I was once again behind the pulpit on a Sunday morning preaching in 8 months and today I want to highlight the main aspects of what I learned along the way looking at New Beginnings.

First, It is easy to get distracted in our everyday lives by everything that we believe we know is coming: work, spouses, kids, bosses, etc, but at the back of our minds we know that none of those things will be completely predictable. Sicknesses creep up on us out of nowhere, jobs are lost with little or no warning, cars breakdown, kids have new troubles, life is unpredictable. 2018 may have started as a year you were excited for with many opportunities, but by the end of the road you couldn’t wait to get it over with and pass it by. The reality is that every day has challenges of its own that cannot be seen or predicted by our own eyes. But the one thing we do know is that our savior is unchanging. He is who He has always been and will be who He has always been.

“My sheep hear my voice, and I know them, and they follow me. I give them eternal life, and they will never perish, and no one will snatch them out of my hand.” John 10:27-28

As Christians we are called to cling to Christ take up our crosses and follow him. In every endeavor it is to Christ we look, we must rest in the reality that as his sheep we are being kept and look after, even if the results or situation isn’t what we would like them to appear. When the Israelites came to the river Jordan (Josh. 2-3) and stood upon the banks of the flooding river it was hard for them to imagine that this task was going to be an easy one, but what this generation did know is that their God was in control, and when he gave them instructions to follow the ark and in so doing trust him walking forward into the waters, they did it with eyes focused on the ark that went before them, just as God had instructed.

The Israelite’s followed God through the Jordan, the Disciples followed Christ to the ends of the earth, we must as well trust in Christ alone moment by moment through the good and through the evils of this world, knowing that he will hold us fast. When I announced I was leaving previous position there were moments leading up to that where I didn’t know what would be next, the job i currently have was not in any way a sure thing, but the one thing I knew was that God was in control no matter what happens. Now there were plenty of times over those months where i wrestled with this truth, and with my own flesh and selfish desires, and fears. It is easy to say our eyes are fixed on Christ but some times the waters do look insurmountable, and that’s because for us they are, but for God nothing is.

Trust in His Word Alone

Second as we look to Christ we must also be looking with ears open to the truth of His word and with a heart set on following His word for us. When we look forward into the unknown, we are not left to figure it out on our own, for God has given us His word and instruction for life and godliness (2 Pet. 1:3). When the Israelites were looking at the Ark in the Jordan, they were not left to figure out how to enter the land, the Lord had given them instructions on how to walk and pursue Him. They were instructed to consecrate themselves and to follow his lead, and to follow His word and presences. Truly our eyes cannot be fully set on Christ if our hearts are refusing to head his words.  In Peter’s second epistle he reminds the church to seek in growing in their affection for the Lord by walking in the truth of His word, to grow up into the faith that they have been called. As we look forward are we striving to know Him more and become more like him according to His word, or according to our own devices?

“So if there is any encouragement in Christ, any comfort from love, any participation in the Spirit, any affection and sympathy, complete my joy by being of the same mind, having the same love, being in full accord and of one mind. Do nothing from selfish ambition or conceit, but in humility count others more significant than yourselves. Let each of you look not only to his own interests, but also to the interests of others. Have this mind among yourselves, which is yours in Christ Jesus, who, though he was in the form of God, did not count equality with God a thing to be grasped, but emptied himself, by taking the form of a servant, being born in the likeness of men. And being found in human form, he humbled himself by becoming obedient to the point of death, even death on a cross.” (Phil 2:1-8)

As I came to the end of my tenure the Words of Paul to the Philippian church were especially encouraging, for in these words we find the mindset Christ has called us to have; a mindset that by its very nature is unlike the world. here we seek to do what is best for those in the family of faith not ourselves. We sacrifice for their good and for the growth of their faith. It is so easy to yearn for our own way and our own glory, but that is not the way of Christ.

Give Glory to Him Alone

Third, through all that comes our way let us give glory to God alone. Now this may seem like a no brainer, but there are many a time that we lose sight of who it was that brought us through the River. How often do we get through trials and tribulations in this life and forget all the ways God got us through, especially when a new trial comes our way. It is easy in a moment to thank the Lord for his work on our behalf, but how often is that moment fleeting or not passed on. For the Israelites at the Jordan they were instructed to construct a memorial of stones representing the Lord work in preserving each tribe and fulfilling His promises, so that every generation would be encouraged to pass this truth on to the next that God delivered His people, by his work alone, not of their own doing. When God does a mighty work in our lives how do we remember it; how do we pass it on; who do we instruct with it? Sitting here in 2019 in ministry it is amazing to see how God put everything together to bring me here today. How a Interim pastorate that was only to last 90 days turned into 2+ years and in that time the relationships the Lord brought along my path lead me to the church I now serve at today. The Lord orchestrated all of these events according to His glory. And I am but the recipient of his kindness.

I pray that as you look backwards over the last year that you can easily see the aspects of God’s sovereign work moving you to where you are today. Hopefully in that you can see how he kept you focused on Him and his words, and how when you strayed, he refocused your eyes back on Him. Should this not be your case, I would plead with you to take a moment and look to Christ, hear his word, be convicted of the truth and walk humbly before him in joy, knowing that he is sovereign over all of our joys and trials, leading us home to himself.