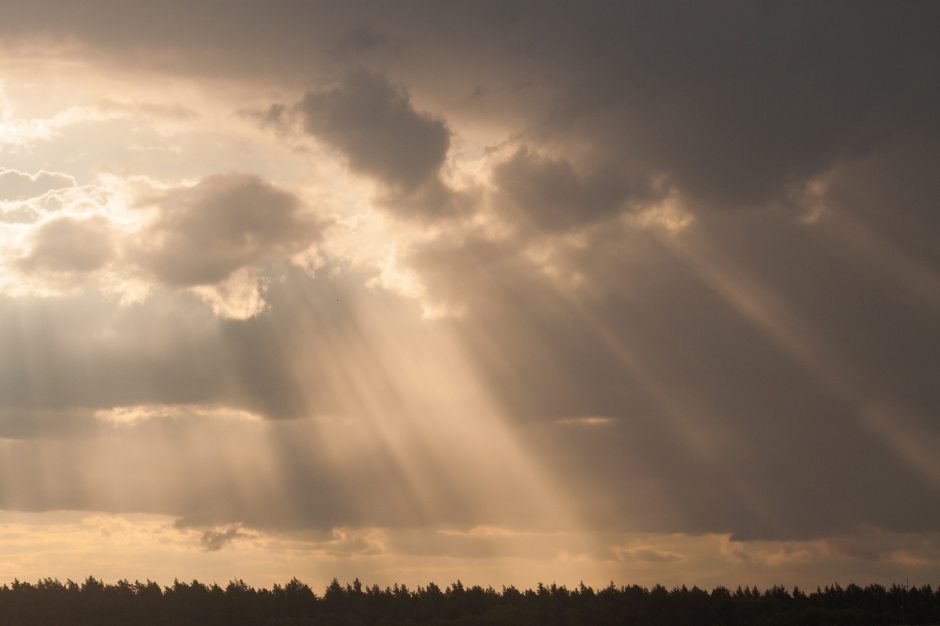 It was widely known that many of the Roman Emperors engaged in homosexual acts and/or lifestyles. And being one who traveled around the Roman Empire preaching the gospel Paul would’ve encountered many who also engaged in homosexual behavior. And more so being raised as a Jew Paul was taught the Old Testament Scriptures. Where God’s original design in Genesis 1-2 is clear. God made man in His own image, male and female He made them. And after having Adam name all the animals, no suitable helper was found for him. So God put Adam to sleep and created woman from him, and gave her to Adam to be a helpmate, so that they’d complement one another in their God given roles. This is the foundation of marriage. And keep going, this foundational institution of marriage between one man and one woman was one reason the lusts and actions of Sodom and Gomorrah were so wicked. These Scriptures Paul was taught as a young Jew he now knew fuller and deeper from being saved by Christ. And so Paul is very clear: all homosexual activity, from homosexuality between two loving and committed men or two women, to a more violent action like homosexual rape (like what we see in Judges 19), as well as everything in between, is against God’s design for sexual relations between men and women. This is why he speaks of men and women giving up what is in accord with nature in Romans 1:26-27.

Bringing all we find in Romans 1 together, we can see the depths of sin in the heart of man. Man claims to be wise by rejecting the God known from creation. Then in this ‘wisdom’ man continues downward turning away from worshipping God our Creator to worship a god of his own making or a creature of his choosing. Where does this idolatry lead to? For this God gives man over to the sin they love. And being so unrestrained in the chase after sin, man, in his supposed wisdom (v22 is always in play), looks into the ‘mirror’, falls in love with himself, worships himself, and then engages in sexual activity with others like himself. Homosexuality then, is not only sinful. Homosexuality is not only evidence of God’s wrath being poured out from heaven here and now. Homosexuality is ultimately idolatrous false worship, where man has become smitten with his own image.[1]

We believe this. But Christians individually and churches corporately don’t always handle this in the most winsome or wise manner. Two errors are usually made at this point with how we handle the sin of homosexuality.[2]

Second, some Christians and some churches read what the Bible has to say about homosexuality, believe it, and make the rejection of it a prominent part of their identity. They see homosexuality as the sin above all sins, the pinnacle of human depravity. In some more extreme forms of this, you often hear comments like ‘God hates fags’ or ‘God made Adam and Eve, not Adam and Steve.’ Now because they believe homosexuality to be the sin over all sins they will not seek to befriend, evangelize, or be welcoming to gay men or women at all, even though they will seek to love all kinds of heterosexual sinners. This is usually called the ‘conservative’ approach.

Paul avoids both of these unfaithful postures. And we should too.

On one hand Paul doesn’t affirm homosexuality, he plainly calls it sin here in this passage. So, we should never deny the plain teaching of Scripture in an effort to be affirming of homosexual sin. But on the other hand Paul doesn’t shake his head teaching that homosexuality is the worst sin of all. So, we should never be those who teach and believe that homosexual sin is worse than heterosexual sin? How can I draw such conclusions? Look at what comes next in v28-31, “And since they did not see fit to acknowledge God, God gave them up to a debased mind to do what ought not to be done. They were filled with all manner of unrighteousness, evil, covetousness, malice. They are full of envy, murder, strife, deceit, maliciousness. They are gossips, slanderers, haters of God, insolent, haughty, boastful, inventors of evil, disobedient to parents, foolish, faithless, heartless, ruthless.” Paul is teaching that all of these sins flow from rejecting God and running after idols of our own making. Claiming to be wise, man descends in a kind of free-fall, into a state where all manner of evil becomes possible.[3] Or, we can say man is not as bad as he could be, there is always room for ‘deprovement.’[4]

Every single man or woman in all of history finds themselves adequately represented somewhere in the list of sins in Romans 1. This should make us kind, compassionate, and patient to all sinners, however sin is displayed in their lives.