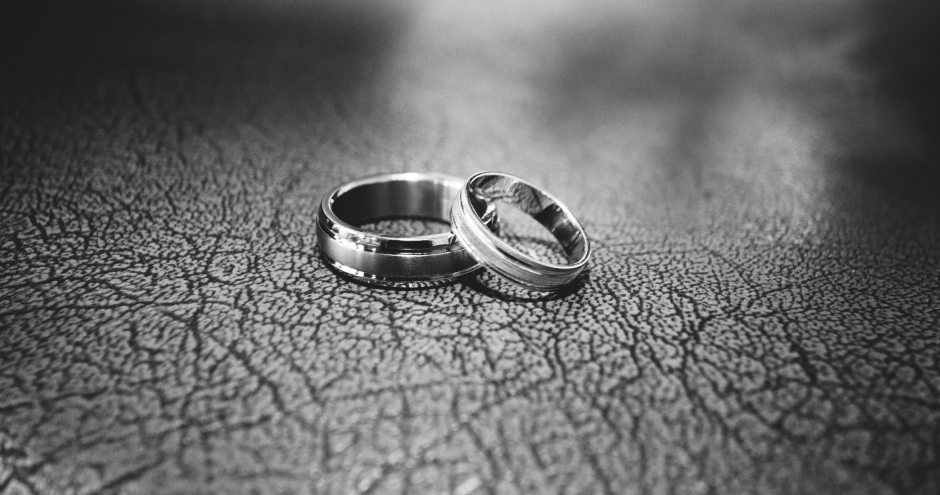 Don’s story took me back, way back. It’s amazing what the memory files away when the heart chooses to forgive. However, those files are still there and I still remember those days, but my version is the spouse’s perspective. Sixteen years ago was a tender and difficult time in my life as a wife and mother. I experienced what it’s like to feel lost and alone. I experienced what it’s like to live in fear that my dreams of a strong and happy marriage were crumbling right before my eyes. I also experienced what it was like to have pain so deep that my only prayer for weeks was that of silence as I folded my hands and wept before the Lord—at a loss for words, I was broken.

Don and I met through a mutual friend and had a whirlwind romance, if you will. We met in October of 2000 and married in May 2001. By October of 2001, we had our first child. In less than a year we had made vows to love each other for better or for worse and brought life into the world. It happened quickly, but I was so happy. Around our daughter’s first birthday we found out that baby #2 was due in July 2003. Our family was growing and life was good.

We moved into a new home that had more room for our expanding family. Shortly after we moved, I started noticing some changes in our relationship that were perplexing me. Don’s social circle changed. It started with drinks after work with the guys; guys that had a bad rap in the community. This was strange because we didn’t do the “bar scene” anymore. We gave that up when we got married and started a family.  He began coming home late at night without calling. He never did stuff like that before. We were the couple that updated each other throughout the day, at least 3 times a day. His demeanor towards me began to change and he wasn’t as kind.  He was quick and to the point in conversations and it felt cold and guarded. “Guarded for what?” was my question. We began arguing over the most random things and I would leave the argument thinking, “What on earth was that all about?” Our conversations became few and affections and intimacy slowed down drastically until they were almost nonexistent. I felt the wedge of distance and my heart ached for the relationship that I once had with my husband—one of thoughtfulness, respect, and lots of love and affection.

Foolishly, I thought for a moment that my pregnancy and the weight I had gained was disgusting to him. Maybe he just didn’t find me attractive anymore or maybe he just didn’t enjoy my company.  The most dangerous of my thoughts was leaning toward that idea that perhaps he had met someone else. Whatever was going on was not good, but I just couldn’t figure it out. My heart was breaking and the pregnancy hormones were not helping matters.

One beautiful summer morning I decide to go fishing with my dad to get my mind off things, but first I needed to make a quick stop at the bait store.  While at the bait store something peculiar happed, my card was declined. I knew something was off, because we were doing great financially. Kindly, I asked the attendant to run my card once more and once more the card was declined. Lucky for me, our bank was just around the corner. I left the store a bit embarrassed and waddled my pregnant self and my one year old into the bank looking for an explanation. The explanation was not what I expected; my account was overdrawn by over $800. As if that were not alarming enough, our savings account had been wiped clean as well. Fighting back the tears, I took the bank records and left the bank—my head spinning with confusion.

Once I got to my parents, I went through the bank records and saw check upon check written to men in our community that I knew were drug dealers. I sobbed uncontrollably and couldn’t comprehend how I could be fooled like this by the man that I love? I shared what was going on with my parents and they had a long, hard, heart to heart talk with me. They shared that they had their suspicions of drug usage for months, but didn’t want to say anything until after the baby was born, in fear that it would cause too much stress on the pregnancy. When I arrived home that evening, I confronted Don with the events of the day and the conversation with my parents. He had an explanation for all of it and assured me that he would handle everything at the bank and that my parents were just conspiracy theorists. He was charming and I was smitten, but I wasn’t blind and continued to keep my guard up.

Fast forward 6 weeks later. We have a 3-week-old new baby and he’s perfect. Things between Don and I are still rough and suspicions were increasing, but my children were healthy and I enjoyed them so much that I welcomed their delightful distraction from the chaos of my life. One day Don came home and told me about a woman he worked with that had been murdered in her home. He said that there was to be an investigation at his place of employment. That sounded reasonable to me, except he wasn’t telling me everything and deep down I knew it.

Two weeks later and many trips to the investigator’s office, I was tired of the run around and gave an ultimatum; either he was going to tell me the truth or I was going to leave. On what seemed like the most unreal night of my married life, my husband confessed his drug usage, drug dealing, and drug addiction. He was visibly scared—scared of seeing life with drugs and scared of seeing life without them. This was his rock bottom and he was terrified. At this point, I was lacking compassion and understanding, but I did have one emotion, anger. Never in my life had I felt so much anger permeate through my body. It was ugly.

One afternoon, I called my sister-in-law and asked her to come over and watch the kids so that I could go for a drive and clear my head. I remember telling myself that I didn’t want a marriage like the one I had and that I hadn’t signed up for all this trouble. On that drive I sobbed and told God that I was going to leave Don. I didn’t know how I was going to make it on my own with two little kids, but I was leaving. I remember having to pull over on the side of the road because the stream of tears coming from my eyes were making it impossible to see clearly. In those next moments I had memories of our wedding day. I flashed back to the marriage vow ceremony where I promised to love him and keep him for better or for worse. These vows gave me pause and God spoke to my heart. Sixteen years later, I believe with all my heart that God reminded me through that flashback that I made a promise, not just to Don, but to Him. I couldn’t break my promise. By the time I pulled back into my driveway I had made a decision to stay.

I didn’t know how I was ever going to trust Don again or if he was even going to stay clean from drugs, but I knew I had to keep my promise. I had to love him for better or for worse and this was the “for worse” part. I wish I could tell you how holy and righteous I handled this situation, but that would be a blatant lie. I was so angry. I was out of control with my speech and withheld forgiveness for nearly 2 years. I also reminded Don regularly how badly he failed me. I sought to hurt him because he hurt me. However, I knew in the depth of my soul that my behavior was not that of a kind and loving woman. I needed help.

I was given the best source of help when I was 20 years old. It was a leather back bible that my parents gave me as a birthday gift. As I began to read through the scriptures, I was rescued when I cried out for help (Psalm 18:6). In time, as my heart changed, my relationship with Don changed too.  God took my cold stony heart and softened it (Ezekiel 36:26.) My problem was that I was treating Don like he was the enemy of my soul, but that was just a lie.

The truth was that my battles, and yours, are not against one another—they are spiritual battles and there is a real enemy of my/your soul (Ephesians 6:12). There was a war raging in my heart, a war to hate my husband –which is not from the Lord (John 15:12). God was calling me to love my husband as Christ has loved me—to see beyond Don’s sin and pardon him even though he didn’t deserve it. God reminded me that he saw beyond my sin even though I didn’t deserve it. He was calling me to true forgiveness. God saw my sin, yet covered it with the blood of Christ and declared me pardoned from all the wrong I have and will commit. God forgave me! He took my filth and cast it away (Micah 7:19).

I have spent the last 16 years trying to imitate that kind of love, mercy, forgiveness, and grace in my marriage. The Gospel of Jesus Christ is what saved my marriage and it continues to save it, mend it, and keep it today. I have truly forgiven my husband and I treasure him for the gift that he is to me.

Today, I am thankful for this trial because, through it, God produced in me real spiritual fruit that I may have never obtained without it.